What is drone delivery?

Drone delivery is the transportation of goods using unmanned aerial vehicles. Delivery drones fly automatically along predetermined routes to predetermined delivery locations. Packages are lowered from the drone and released on the ground.

Why is the town government interested in this program?

Drones offer the potential to reduce the number of vehicles on the road, thus mitigating traffic congestion and greenhouse gas emissions. Drone delivery replaces a 2-ton vehicle driving on the road with an electric-powered 35-pound vehicle. This program provides the Federal Aviation Administration, N.C. Department of Transportation and Town of Holly Springs an opportunity to assess how drones might play a role in our innovative economy.

Will the drones have cameras?

We understand people are concerned about privacy. The drones do not carry any cameras. They navigate using GPS (global positioning system) technology.

What safety measures are included on the drones?

As an added safety measure, all Flytrex drones are equipped with redundant engines in the unlikely case of mechanical failure.

The industrial grade drones include multiple redundancies: six motors, six rotors, six batteries and three GPS devices for redundant communication. A preflight checklist assesses the weather and the drone equipment. Flytrex plans to maximize safety by not flying over large crowds of people, or over backyards, during initial stages. Each drone is fitted with a parachute system that cuts power to propellers and will emit loud beeping sounds if the system is needed.

Initially, all flight routes will be within line-of-sight of the remote pilot at the take-off location at Holly Springs Towne Center. The route to a delivery location at Ting Park does not allow drones to fly above houses. Drones fly over open spaces and woods, and over the NC 55 bypass, as approved by the Federal Aviation Administration (FAA). The amount of time a drone is over the bypass during its route is limited to a couple of seconds.

How loud are the drones?

The noise from these drones in flight is about as loud as a running dishwasher. When drones are landing, the noise is comparable to a car passing by from about 30 feet away.

What entities are partners in evaluating drone deliveries? 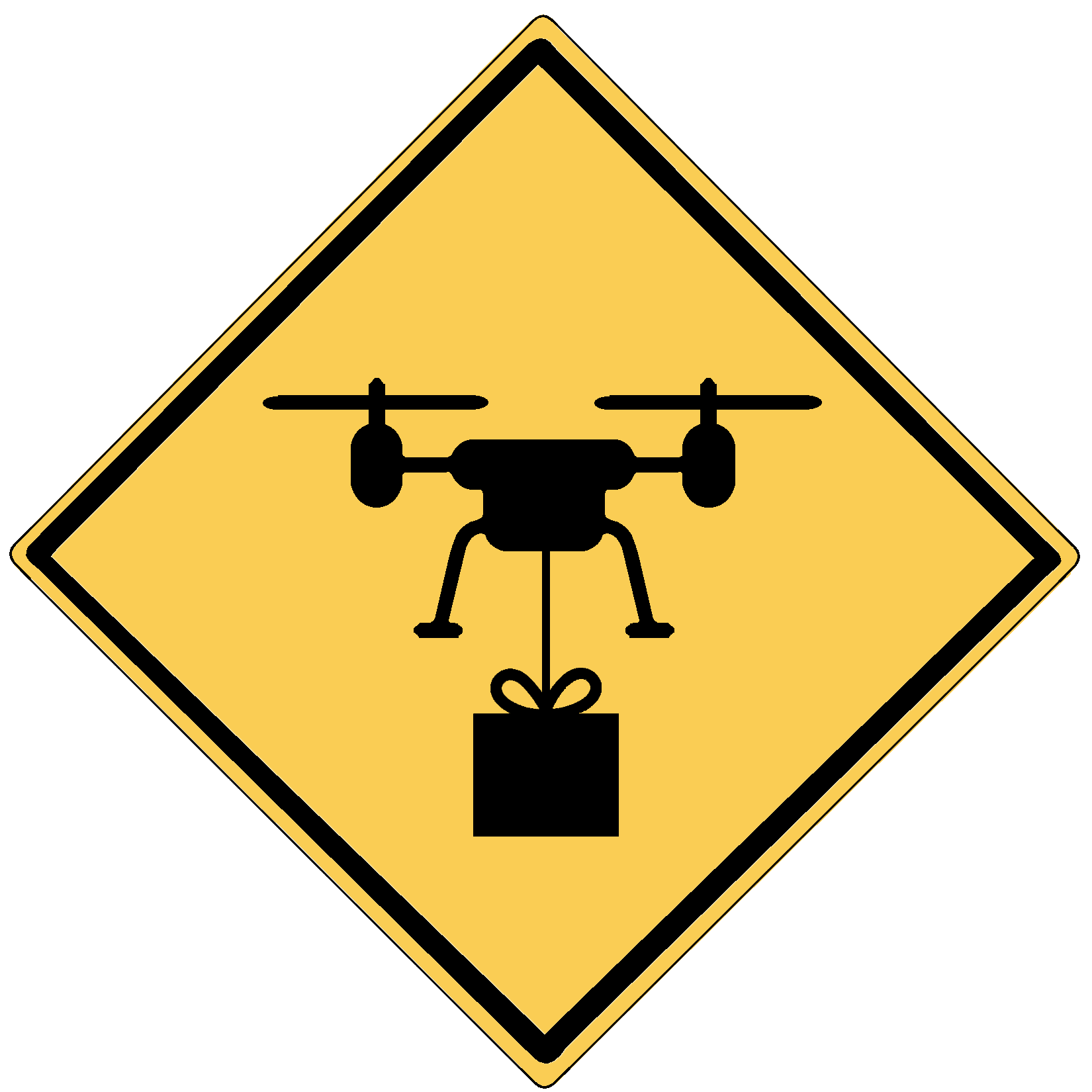